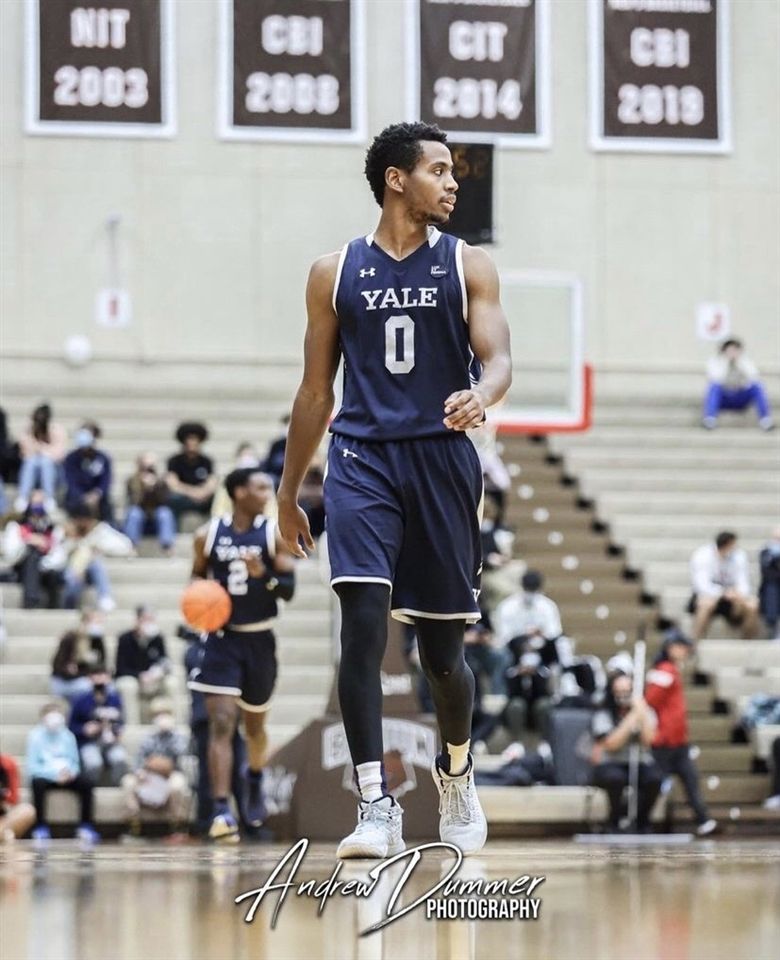 3/16/2022
Communications Department
On March 13, former Academy student, Jalen Gabbidon learned that he would be going to "The Big Dance" after Yale defeated Princeton in the Ivy League Tournament. Jalen started school at the Academy and attended for 14 years. During that time, he quickly fell in love with sports, excelled in his academics, and gave back to the Harrisburg community.

During his time playing basketball at the Academy, Jalen was the leading scorer in Pennsylvania as a junior, first team all-state selection as a junior, and finished his high school career with 2,053 points, 228 three-pointers, 666 rebounds, 249 steals, and 366 assists. During his junior year, he scored 60 points during one game, and also played AAU for York Ballers. Jalen was also named as a National Merit Scholar and volunteers at the Central Pennsylvania Food Bank.

When asked about his experiences in our community, Jalen noted, "One of the biggest things I learned during my time at the Academy that I'll carry with me throughout my life is the importance of relationships. Even to this day, I still keep in contact with multiple teachers and friends from my time at the Academy." Jalen's favorite quote comes from a motivational speaker—"Leadership is simple, but not easy. In the eyes of the employee, the difference between a good leader and a bad leader is always the same. How much do you believe you care about who they are as a human being? That's the difference." Jalen believes Harrisburg Academy epitomized that quote for him, teaching him what it means to develop relationships with people and how to be a better leader as a result.

Jalen said, "I'd love to shout out to my late chemistry teacher, Dr. Buckthal, my math teacher, Ms. Lisa Lambert, and coach, Steve Pancoski, as three of my biggest influences during my time at the Academy. I wasn't able to appreciate how much those three really did for me and cared about me when I was at the Academy, but they have been such huge supporters of mine from the beginning. Looking back, I appreciate how much they cared about me not only as a student. but as a person. I bring those lessons with me to my relationships at Yale, on and off the court." Jalen is thankful to the entire Academy community, and wants Coach P to know that he's carried on the Harrisburg Academy basketball tradition...he is officially known on the team as "the guy who gives everyone a double high five" when they check out the game.

Jalen is currently a student at Yale University and will graduate this spring with a degree in computer science. After Yale, he hopes to continue playing and working on his startup, Launchpad, which will be a performance app for athletes. He is eager to finish out this year's basketball season as the team's captain.

We'll be tuning in, and we're so proud of all of have accomplished!
Back