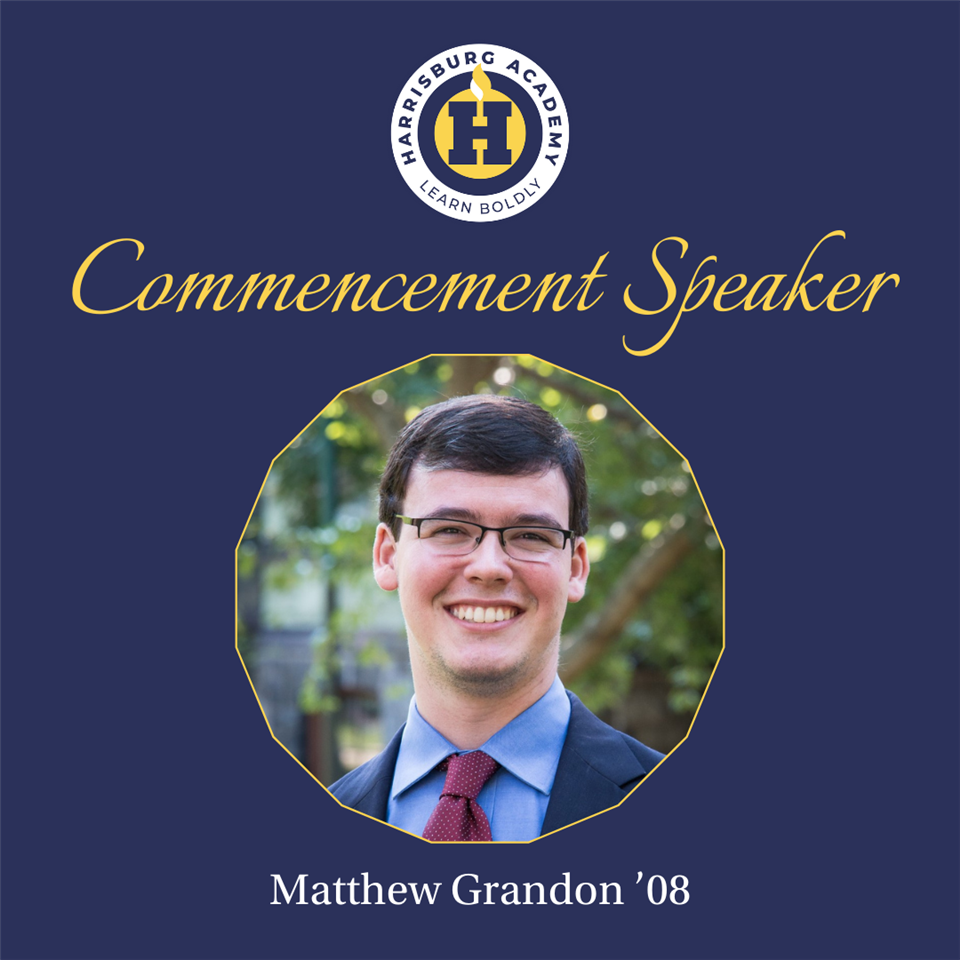 4/26/2022
Communications Department
Harrisburg Academy is proud to announce Matthew Grandon '08 as the keynote speaker for our 238th Commencement Exercises.

Matthew Grandon '08 currently serves as the Associate Director of Development, Major Gifts at Harvard Graduate School of Education. Originally from the area, Matthew attended Harrisburg Academy for 13 years before graduating in 2008. Upon graduating from the Academy, he pursued his A.B. in history and Spanish, while minoring in women's and gender studies, at Lafayette College in Easton, Pennsylvania.

Matthew began his professional career at the University of Pennsylvania as the Assistant Director of Student Advancement in 2013. While in this role, he successfully set records in donor participation and in leadership-level donors for the senior campaign. He began working as the Class Giving Director for the Penn Fund in 2015 and remained in this role until 2018 when he returned to serve on staff at Harvard University.

In addition to his career working in fundraising, Mr. Grandon has served as a board member for The Spruce Foundation in Philadelphia. For Lafayette College, he was the Philadelphia Alumni Chapter President until relocated to Boston, where he currently serves in the same role. He is also a member of Lafayette's Alumni Council and serves a Co-Chair to the Young Alumni Committee, and served as a Trustee Associate from 2017-2019. Mr. Grandon also serves as the Alumni Liaison to Harrisburg Academy's Board of Trustees, and works on our Advancement Committee.

We are delighted to welcome Mr. Grandon back as the 2022 Commencement Speaker. He looks forward to providing advice to our seniors and speaking with them about what is to come, as well as what it means to be an Academy alum!
Back